Currently, I have one novel published with Wild Rose Press. It is a historical novel set in Kansas in 1935 call Dust and Roses in Kindle edition and in Audible. My newest novel is Stalag Sunflower is still in the editing stage for publication, and I will keep you posted on its progress. Currently researching the sequel to Dust and Roses. Sara’s journey will continue. 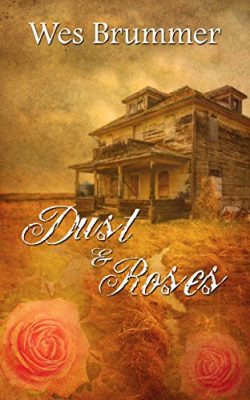 Unlike many in 1935 Depression-era Kansas, 23-year-old, single Sara McGurk has a comfortable life, but a trip to the doctor reveals she is with child. The results are banishment from home and a violent argument with her lover that leaves her bleeding and abandoned in front of a forbidding limestone house.

A group of social outcasts take her in. Now, Sara must face an uncertain future while coping with her odd fellow residents. Can she keep her baby? Will she make peace ever again? Can she escape her shame and find love and happiness?

Tune in for the shattering climax.

In 1943 Heinrich “Henry” Rohling was a German POW in a Midwest internment camp. Fifty years he journeys to a reunion for Camp Conrad veterans. This should be a time of brotherhood and rejoicing—and Rohling meets again the farmer’s daughter he fell in love with so long ago. But the elderly Berliner has his own agenda to fulfill. He holds a letter that proves a fellow comrade was murdered by the National Socialists who ran the camp behind the barbwire.

But things are amiss. With each passing Henry becomes convinced that Brian Novak’s killer will still alive—he is also at the reunion. When another veteran dies of an apparent accident, Henry is convinced he will be the next to fall. Will Henry find the killer before it is too late? Will he get a second chance to renew his first love? Or will the killer find him first?

The climax will bring the house down.